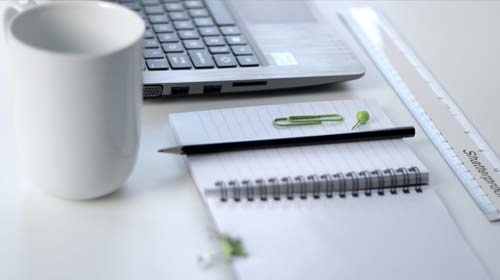 This is a summary taken from Judicium’s Health & Safety ‘Sofa Session’ from the 23rd of June, with our expert and former Fire Inspector, Darren Knowles AIFireE. The session focused on different tips and considerations for dealing with a successful Fire Evacuation.

How can you be better prepared for a Successful Fire Evacuation?

It is important to note that there will be three main areas of interest:

The fire evacuation strategy should be born out of the fire risk assessment findings, along with information such as PEEPs. It should have considered the people at risk, where they are in the building, the size and layout of the building and site. These can be enhanced with a Double-Knock system.

3 main strategies available depending on the circumstances are:

A full evacuation of the premises is required, without any form of initial investigation. The evacuation requires the fire alarm system to activate, sending signals to all sounders within the premises.

This is the principle and process of moving relevant persons from the area of the fire origin, which is compromised, through a fire-resistant barrier, to a safe area on the same level. In the short-term, this will protect the occupants from the effects of heat and smoke, allowing them to remain in relative safety.

If the fire occurred in a classroom, which upon exit the fire door leading into the classroom was closed, this effectively provides a 30-minute barrier. If people are moved further away, such as through a set of cross-corridor doors, then they will now have a 60-minute barrier between themselves and the fire.

This type of evacuation is used in many scenarios, including hospitals and care homes, where it is not always practicable to completely evacuate everyone in a single instance. In the instance of growth of the fire, this will lead on to a vertical evacuation with all relevant persons reporting to the main assembly point.

This strategy relies on suitable compartmentation between rooms and so is most often used in purpose-built blocks of flats or within High Rise Residential Buildings. The persons affected by fire will evacuate, but everyone else will stay put.

Evacuation strategies can be further improved if a Double-Knock system is put in place. This requires site staff to carry out a speedy investigation at the location of the fire. The fire alarm system is programmed to identify, and only go into full alarm mode, when two devices from different zones or the same zone are activated, or if an MCP is activated. This requires that a good level of site management and communication systems are in place.

The Double-Knock system was devised by the UK Fire & Rescue Service (FRS) along with the fire alarm manufacturers and the Fire Alarm Monitoring Organisations (FAMO) as a way of reducing the number of attendances to false alarms. The numbers of false alarms that occur within premises is unknown, but Fire & Rescue Services attended 225,454 fire false alarms in the year ending June 2017. These are referred to as Unwanted Fire Signals (UFS). Many false alarms do not result in a call to the FRS because they are filtered out through on-site practices or at remote monitoring centres.

However, there is scope to improve those arrangements to further reduce the unnecessary waste of and the burden on valuable FRS resources. Alarm monitoring services provide the valuable function of protecting unoccupied property and as a back up to on-site filtering arrangements, particularly outside normal working hours.

As the UK FRS continues in reducing AFAs, more services are opting not to attend calls for assistance from an automatic fire alarm, due to a large percentage being unwanted fire signals. The reason for this, is so they can target their resources to other duties, including life critical incidents. They also want to reduce the number of blue-light runs made by the attending crews, as this puts pressure from a Health & Safety perspective on all operational crews and officers, as well as other public road users.

Regardless of how many you have, good management of the assembly points is important so that everyone can be accounted for as quickly as possible. For many premises, a single assembly point is sufficient though, but you may need more than one, because of:

A dispersal system organises people into small groups, each one assembling in a different location. This allows groups of people to remain socially distanced from each other, which is critical during the Coronavirus pandemic, but also enables large sites to account for everyone in a much quicker way.

If this method is used, it is necessary to make sure there is a procedure in place to ensure everyone is accounted for such as taking a register. It is a good idea to have a Fire Warden responsible for this, and to have one or more back up Fire Wardens to provide cover if needed.

With a dispersal system it is important that all staff know in advance where their assembly point is, and how to check in when they get there, as the people they are with when the alarm goes off might be going to different assembly points.

Prior to an incident occurring, contact can be made with the local fire station to offer them a familiarisation visit, often referred to as an SSRI. If there are site specific risks this could be especially beneficial.

Do you have a Fire Pack?

What is in your Fire Pack that you take out during the day? Consider the information that is in the fire pack as being the same as in the Premises Information Boxes.

If you require support in any of these steps or would like to talk to someone regarding support for your school, please do not hesitate to call us on 020 7336 8403 or email tara.jones@judicium.com.

Sign up for our newsletter to get the latest updates.